It’s been a week since I turned 33 and it was a good day. The Mr. knows me well and decided that combining Mother’s Day and my birthday wouldn’t be a bad idea if it was a big surprise… heading home to visit family and friends for a week. It was the perfect surprise and a much needed break for our little family.

Last year when I set the list of things to do during year thirty-two I was determined to be more aware of my goals. I was going to track my progress quarterly. Ha!

I’m still surprised though at the amount I accomplished and how the list sorted itself out – somethings were good goals, some were merely aspirations, and some weren’t me at all and needed to be struck for the list entirely.

I’m still crafting my list for the upcoming year, but I figured an accounting of what I accomplished during year 32 was definitely in order.

This was one of the first things I did, and I loved it! By the time my classes was over I was hooked on photography but pretty sure that I never want to use the skill as a source of income. I am glad however, that I expanded my skill set and highly recommend the  two classes I took- Finding Your Photo Style and The Phone Photography Project (they aren’t available anymore on BigPictureClasses.com but any of their photo classes would be amazing I’m sure) – I met some great people and learned a lot.

Photography classes, a couple of blogging classes, yet another Illustrator class, I think I’ve got this covered. I’m brainstorming on a few additional projects that I want to take on – I’ll keep you posted.

We’re going to strike this from the list. I thought this aspect of designing would intrigue me. Turns out it does intrigue me, but I’d rather appreciate other people’s skills here instead of create my own. I guess the details in this just bored me.

4. Give something up for a month

I’m determined to actually do this. A dear friend of mine does it for Lent every year, she’s the one that inspired me to give it a try. So we’ll move this to year 33. Now what to give up?

Ha! I’ve decided I’ll have to define what “clean eating” actually means before I can put this to the test. I will say that we’ve started making better eating choices and that I’ve really worked to expand the breadth of food my toddler will eat. The book Fearless Feeding,  was something I learned about from their site and after some searching I decided to purchase. Lots of good ideas and a lot of reassurance that no one was going to starve if a whole plate full of food wasn’t consumed every meal.

I’d have to say that this year, this has been my business. I never thought I couldn’t create a functioning business, but I’ve been scared of trying to make it happen along with my other full-time job, mom. The Lil’Miss is the best intern I could ever

We’ll have to move this to the list for year 33. I’ve already purchased the tops for 2 small quilts, one for the Lil’Miss and the other for our new Lil’Man who will be here the end of August.

Done and still in the works, but I’ll count this year’s efforts as a win in this category. Now to expand!

Um, wow. Lets just say that I started with an idea or two, it went from idea to fruition in about 24 hours and the next thing I know I have a small online design business. A lot of my success was due to great people who promoted me to people they knew and everyone that was willing to support a mom who was taking a stab at something new.

I gave it an honest try. About 5 days in and I wasn’t in love. At first I thought it was a total fail, but I’ll be honest. It’s not for everyone. Some of us still just need that full 30-45 min run so we can sort things out in our head. I know some people can do that doing CrossFit, I cannot. But to those that do it – wow. You are awesome.

Yep! I’ve had fun doing things just for happiness’s sake. I’ve also really tried to do things for the sake of happiness rather than because of other reason’s, like “everyone else is doing it” or “this is what good mom’s do”, etc.

Moving this to year 33. I’m already in the planning stages of this to be more consistent here and I’m super excited about the things I’ll be expanding and talking about. You can thank those blogging classes if you like what you read over the next few months.

I’m going to count reconnecting with 2 good friends from college since we’ve moved back to Texas. I adore both of these girls and am so glad to be back in touch with them. They make me a better person and have reminded me to focus on some of those characteristics that were more prominent while we roomed together.

On the level of my own little family – done. We went on a vacation for my birthday, partied for a week for the Mr.’s and made a 16″ diameter copycat DQ ice cream cake for the Lil’Miss because that’s all she really wanted. Well, that and swimming at Grandma and Grandpa’s. I’d like to be more outward reaching this next year – grandparents, etc.

Library story time’s and lots and lots of reading before nap time. Do you know how many incredibly awesome children’s books are out there? Good grief. We had a few keepers every single week.

Move to year 33. I’m already working on this so it will definitely come about. Note to self, don’t try to do this between Oct-Dec.

I’m counting her Halloween costume – it required a pattern, which we modified a bit, and some explaining from my mom. She was Tinkerbell and she looked awesome, although the smile on her face was far better than the costume ever could be. I think the best part was making her shoes – sequin trim, a glue gun, puff balls, and some cheap slip-ons from Target. They’ve been worn far more than just the few days after Halloween.

This one I perfected in the past 12 months. We moved from Texas, to Arizona, and back to Texas. If that isn’t enough, we moved once while in AZ (so that’s 2 different dwellings there) and the majority of our things stayed in Texas in storage until we just recently moved back. Moves are good things, but I’m tired of boxes and my desire to purge is so strong I might just go start sorting and throwing things away when I’m done here.

We really spent the last year trying on a bunch of different traditions. One’s from the families we grew up in and one’s that we knew of from others. It was fun to see what fit with us and what didn’t stick, but I think we’ll do this again in year 33.

I regretted that we didn’t do this more while we were in Texas the first time. Although we did try a few of the “college hangouts” before we left town. That said, we tried quite a few in AZ. Sometime I’ll have to list them out.

23. Choose one random “not like me” craft project and complete it

Strike it. At this point, I don’t really want to take up something that “isn’t me”. I might surprise myself this next year, but for now we’re sticking with things that “are me”.

With all the moves, I made quite a few. Some were a lot like me. Some were quite different. The best part was that I really tried to learn whatever I could from each one. They are all amazing examples of many things – hearts as good as gold, creativity, organization, master cooks, skilled mothers and grandmothers. I’m lucky to have so many people I call friends.

I’m going to count my efforts in worrying less as success. There were plenty of times where I thought… “stop stressing, it won’t matter in the long run”. For the most part I turned the stress off. And the more times I did that the more I realized that backing up a little actually helped the overall outcome. 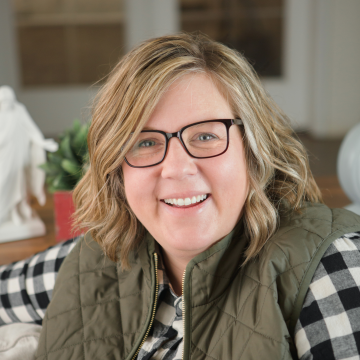 I'm Marissa. MBA, graphic designer, lover of sunshine and tacos. I have 2 amazing kiddos that keep me on my toes, a fantastic husband, and an Airedale Terrier named Duke.

I'm a master at picking up Legos, and teach graphic design to amazing online students at BYU-Idaho. Nice to meet you!

It's like chatting with a friend in email form!

Design a life you love.

This error message is only visible to WordPress admins


Error: API requests are being delayed. New posts will not be retrieved.

Error: API requests are being delayed for this account. New posts will not be retrieved.

Make sure this account has posts available on instagram.com.